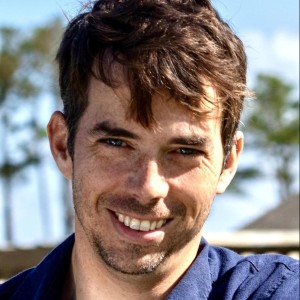 Jesse is Streetsblog's investigative reporter. He can be reached at jesse@streetsblog.org. He has also written for for publications including the New York Times, the Baltimore Sun, Newsday, Harper’s, and Cabinet. Previously he was an editor at the architecture and urbanism magazine ARCH+. He is on Twitter at @jesse_coburn. The dim outlook on new lanes is bad news for the city’s more-than-one-million daily bus riders, whose commutes inch along at just 8 miles per hour on average across the city. As the city seeks to redesign its streets to better serve transit riders, pedestrians and cyclists, interference is emerging from an unlikely place: City Hall itself. And one division of City Hall in particular. It's a lesson for any community facing opposition from residents who claim bike lanes hurt business. The upper ranks of the city Department of Transportation have been depleted by an exodus of high-skilled employees this year, reflecting mounting frustration among some staff members and making it harder for the agency to fulfill its mission. More than eight months since a Manhattan middle school school applied to participate in the open streets program, its application unapproved — and DOT can't say why. "I'm informing you that we are not responding to your calls," an officer in the 88th Precinct told the Fort Greene resident over the phone last week in response to the resident's 311 complaints about illegal parking. "You are wasting our time ... with these silly jobs."

Even the capital of Albania has more school streets per capita than New York City. Boosters of the program say its unraveling is predictable, given the city provides few resources to participants and requires them to run their school streets themselves. The city announced on Wednesday that it would complete 100 road safety projects — many of them near schools — just two weeks after a Streetsblog investigation revealed a disproportionate amount of crashes occur near the city's public schools.
Load more stories