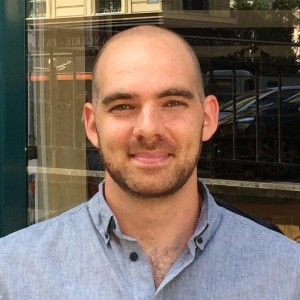 Washington is the first city in the nation to propose a targeted charge by vehicle weight, but even that ambitious policy falls short of similar weight charges in other countries. Here's how American states and cities can look to the French example for approaches to improve road safety. L.A. is becoming more compact, but its built environment is still more conducive to driving than to walking and transit. Given the tens of billions of dollars that L.A. will spend on transit over the next few decades, it's all the more important to invest it in ways that will be useful and attract riders. What Indianapolis is doing deserves attention, especially from other spread-out American cities looking to spend their transit dollars as efficiently as possible. The big change is a complete reshaping of bus service, which will be like setting up a brand new transit network. Like most places in America, the Indianapolis region is suburbanizing. That’s particularly true for jobs. Between 2002 and 2014, the most recent data available, the number of jobs within the city's borders increased by 40,000 - but that's far fewer than the 83,000 jobs added in the region's suburbs. In Indianapolis, transit service is scarce and very few people use the existing system. A key reason for these lackluster outcomes is the city's sprawling pattern of development. Suffice it to say that it’s simply not convenient for most people to use the Indianapolis transit system. Things are looking up, though: Last fall, Indianapolis residents voted massively in favor of a funding package that should significantly improve service in the coming years.

The city seems to have learned from mistakes like its mixed-traffic streetcar and is looking to give future transit lines dedicated rights of way. Still, there are many more decisions ahead that will determine whether the city spends $2.5 billion in new transit revenue well or not. Unable to assemble new funding from the state to significantly improve the rapid transit system, the city of Atlanta chose to focus on a cheaper-to-implement streetcar line. But more than two years after launch, ridership on the streetcar is falling far short of expectations.
Load more stories