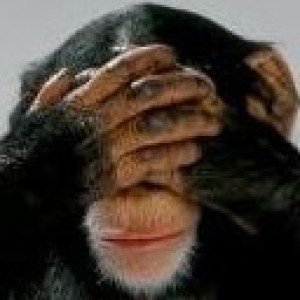 Mathew Katz is a Canadian freelance reporter/producer living in New York City. His writing has appeared in The Toronto Star, The Village Voice, Torontoist, The Huffington Post, and NPR.org. He's also had radio pieces appear on National Public Radio and the BBC World Service. Mathew graduated from the Columbia University Graduate School of Journalism is 2009, and before that completed a B.A. at the University of Toronto. He's an avid baker, and rides a worn-down hybrid bike around the city.
The city will soon start a multi-million dollar overhaul of the Brooklyn Bridge, and while they're adding more space for cars, they're not doing anything about the havoc on the shared cyclist-pedestrian walkway.
A map of a neighborhood in Tigard, Oregon. Some of the proposed new trails are marked in blue. The demand for walkable neighborhoods is up, but in order to fill that demand, we’re going to have to transform our suburbs. How that might be accomplished was one of the most vexing issues discussed at last […]
Image: Census Bureau via Economix Bike Pittsburgh has posted some great, sortable data about how commuters get to work in major American cities, drawn from a Census Bureau report. As you’d expect, New York comes in as the city where the least amount of people commute solo by car — only 23.3 percent, followed by […]
Categories of pedestrians, based on their walking patterns. Courtesy: Norbert Brändle, Austrian Institute of Technology. Part of designing more walkable cities — a goal of this week’s Walk21 Conference — is figuring out how pedestrians actually interact with the space around them, something that seems inherently difficult because of the erratic and unique behavior of […]
Chris Leinberger discusses strategies to develop walkable urban spaces in the United States. Photo: Mathew Katz If the American Dream of the Baby Boomers was all about being able to have a car and a house in suburbia, the new American Dream is having the choice between living in drivable suburban places and walkable urban […]
Photo: Hannah Whitaker/New York Magazine It’s probably a good sign that New York Magazine just published "The Everything Guide to the Bike Commute." When New York tackles a topic, it means it’s becoming more mainstream for their own particularly affluent slice of the city’s population. And the more people safely taking sustainable, clean forms of […]
The Walk21 Conference starts tomorrow, and in addition to some amazing workshops, there’s also a chance to meet and hear from leaders in the global push to make cities more livable. Mexico City’s dedicated-lane rapid transit bus system, Metrobus, carries as many as 250,000 riders a day. Photo: vonKinder/Flickr. Opening the conference tomorrow is Mayor […]
The Walk21 Conference is coming up in a few days, and there’s no shortage of interesting sessions to attend. One of the great parts of the conference is that it tackles issues shared by all cities, and with participants coming in from around the world, it’ll be a good chance to talk about what works, […]
Next week, the Department of Transportation will host the tenth annual Walk21 Conference, an international conference devoted to walking, and achieving livable, sustainable cities. The conference will take place next Wednesday to Friday at NYU, and you can register for it here. The conference began in London back in 2000, and has been featured in […]
The Pulaski Bridge's walkway has seen more cyclists use it recently, but there's not enough space for both cyclists and pedestrians to use it safely and effectively.